When I was first hired to work at the prison, it was a part-time job – 25 hours a week. In the UK, a workweek is 37 hours.  The other 12 hours I was a member of the Adult Stock and Promotion Team, which managed the collections for the entire county – over 35 libraries. My specific responsibilities were to select and order DVD’s for the county and to supervise the collections on 3 mobile libraries.

Shortly after I started, a draft specification on the management of prison libraries was released by the Home Office, which recommended an extension of professional librarians’ duties and an increase in their hours. My ASAP manager felt that 12 hours was the minimum I could work and be useful to the team, so instead of reducing my hours, I worked over-time. I was hired late in the financial year, which meant there was plenty of money in the budget to cover an extra 8 hours a week. The plan was to hire me an assistant the following spring, as my managers did not want me to burn out by working too much.

For reasons I never quite understood, the extra hours put me into a different, enhanced salary bracket and I made more money each month than I could come close to spending even though I was new to the country and constantly buying household items and professional clothes. I managed to save enough to fly myself to New York City for a week – the first time I had ever paid for my own vacation. I was extremely proud of myself, and certain that I was an adult and would never have to borrow money from anyone ever again. So… naive. 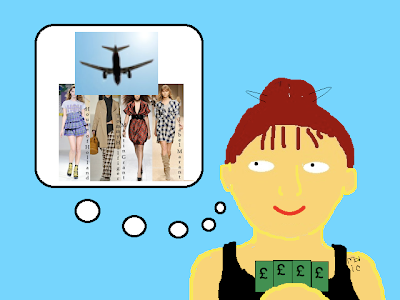 Shortly after that vacation to NYC, the end of the financial year came and I had a meeting with my managers within the prison and out about hiring an assistant. I convinced them that the prison would benefit from a continuity of service if I was the only librarian, although that would mean taking me full-time and giving up my place on the ASAP team.

I was full of great ideas for the prison (reading groups, creative writing classes, literary journals) that I planned to implement now that I could devote my full attention. Some of the ideas worked, some didn’t, as is always the case. I did manage to double library attendance and quadruple the reference queries – but I wasn’t prepared for the isolation I felt working away from the team.

I also wasn’t prepared for the decrease in my monthly paycheck. My car ate what little savings I had left after that vacation, when the driver’s side window fell off the tracks and dropped down inside the door. Then the car was sideswiped in a hit and run, the wing mirrors were kicked off and someone stole the radio antennae. That’s what happens when you live next to a pub. Anyway, after constantly having to repair my car, I was back to borrowing money from my parents.    Even after I became a Chartered Librarian and reached the height of the pay scale, I never made as much money as I did in those first 6 months. I never want to work over-time again – it’s just so not worth it when the money runs out. 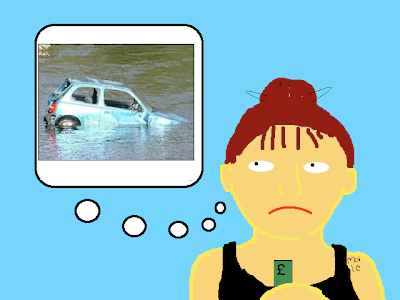 *This post was originally published at The Daily Theme on December 2, 2010
Posted by Megan at 10:00 AM